The Great Lakes of the United States feature some of the country’s hottest Northern beach vacation destinations.  Unfortunately, the Great Lakes also features coastal erosion rates as much as 50 feet per year in some places according to some US governmental estimates.    Between vacation homes, hotels, resorts and public beaches, beach erosion is a major issue to Lake Michigan and all of the Great Lakes.   With historically high water levels over the last several years, many property owners are looking for a long term beach erosion solution.

The state of Michigan approved the permits for the Lake Michigan installation promptly with little to no issues for the installation to proceed as originally scheduled.  However, for reasons unknown, the permits at the Federal level took nearly a year for approval, which consumed installation time, reducing the total number of surveys completed from 5 to the original 7 ordered.  The reduction in installation time by 33% of course reduced the overall results during a period of historically low water levels, however the system managed to produce unambiguously positive results as demonstrated by the claims by the third party engineering firm conducting the studies and the final report.

Once the units were installed in Lake Michigan, the waiting game ensued to for the tides to come and go, with sufficient sand content to eventually cover the modules in fresh sand accreted on the Lake Michigan beach.

The Sandsaver beach erosion barriers were installed during a period of historically low water levels.  While this issue is addressed in the third party engineering report, it would have provided a better scope of the Sandsavers ability to protect and re-build beach front property if the units would have been permitted to be installed during the 3rd year of the pilot installation as the water levels increased. 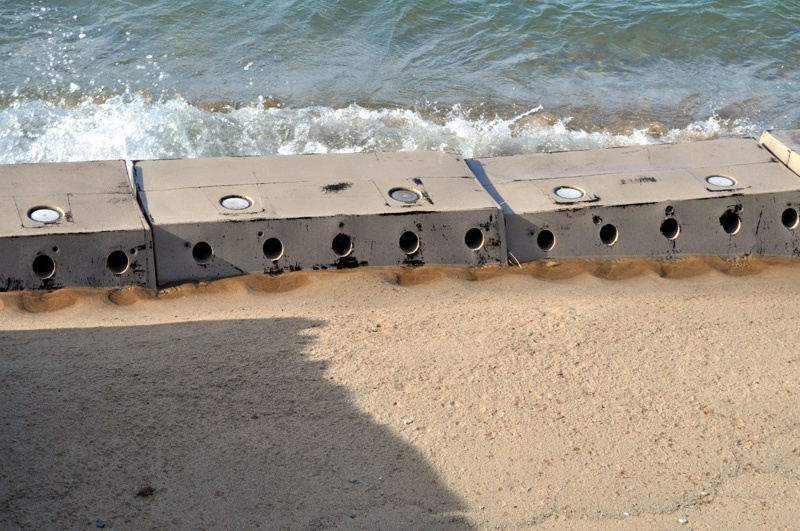 Lake Michigan Beach Erosion Solution Before, During and After

See the images below from Google Earth, showing the Lake Michigan beach front property before the Sandsaver beach erosion solution was installed, notice the badly eroding beach and the vulnerably exposed coastline, as the Lake Michigan surf threatens to impede upon the land and structures. 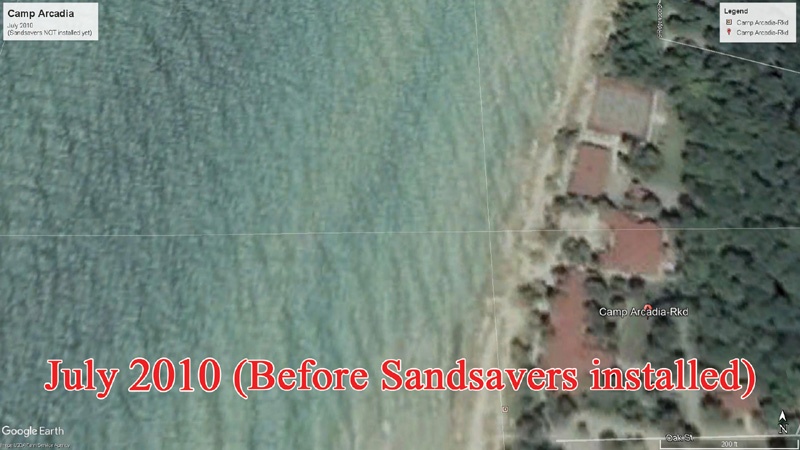 Before Sandsavers was installed on Great Lakes Beach July 2010 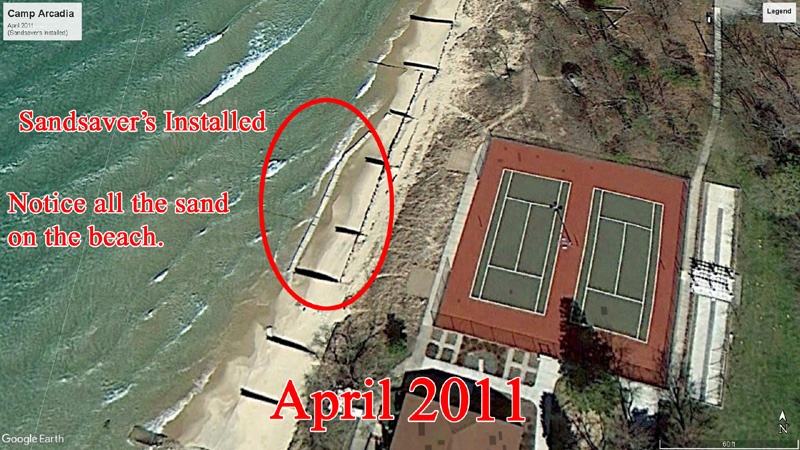 Since the pilot installation period was reduced by 1 year due to the USACE consuming an additional year to provide the federal level permits, the system was only installed for 66% of the originally planned duration.  This was unfortunate as the additional year could have provided even better than realized results and offered greater protection to the church champ and also shown how well the system would have performed during a period of increasing or high water levels.

The picture below shows the Lake Michigan location after the Sandsaver’s permitted installation time came to an end and the units had to be removed.  You can see after the units were removed, the erosion continued and eroded the beach to severely eroded conditions.  In the couple of years of installation, the Sandsavers™ accumulated several thousand cubic yards of sand.  You can read more about the systems performance in the third party engineering report below. 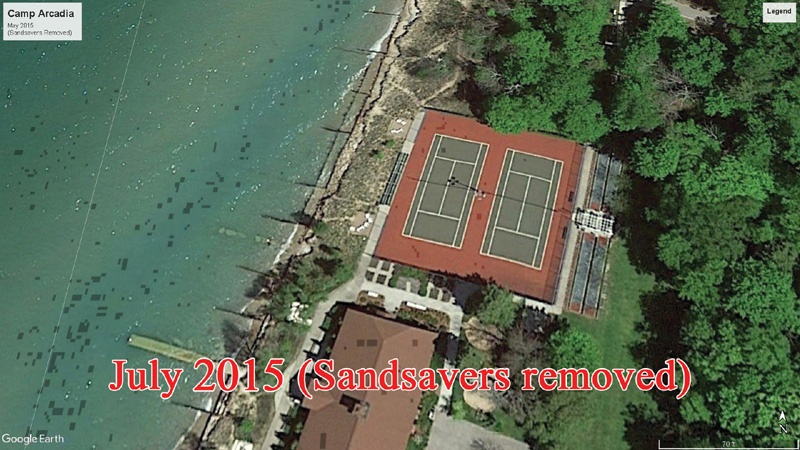 In the video below you see the mighty Great Lakes surf crashing against the rugged and durable, rotationally molded Sandsaver beach erosion barriers.  The modules break down the energy of the wave, while the sand travels thru the tapered holes, where the sand has time to settle on the beach as the water finds the least path of resistance to escape back out into the surf.  Watch as the incredibly durable Sandsaver is capable of withstanding the repetitive wave energy and rebuild the beach via a natural process.

With the pilot installation complete for the 2 year period spanning from April 2011 to April of 2013, the final survey and final report was conducted by a third party engineering firm familiar with Lake Michigan and the Great Lakes.  As noted in the report, the results of the pilot Sandsaver installation in the United States were “unambiguously positive”.  The report is also details that the area of the beach where the system was installed saw a gain of 6.4 cubic yards of sand per foot of beach at the Sandsaver installation location, while the adjacent properties had a gain of 3.6 cubic yard per foot over the rest of the study area.  The study includes surveys and other details that support Sandsaver as a natural solution to beach erosion. 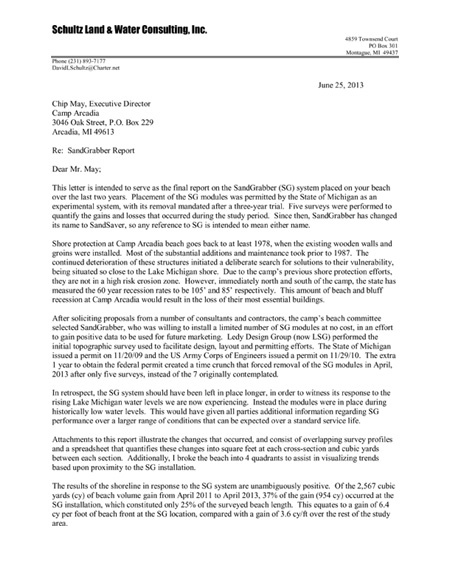 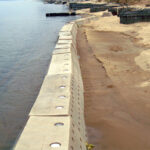 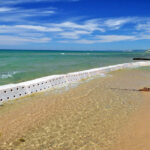 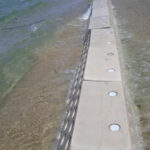 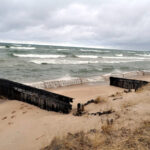 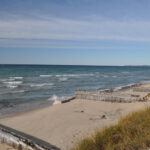 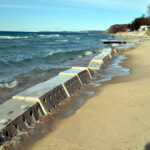 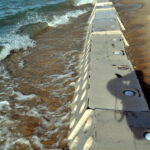 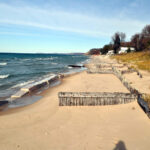 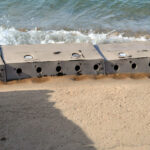 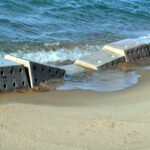 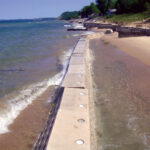 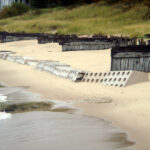 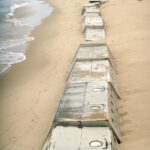 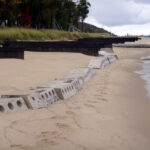 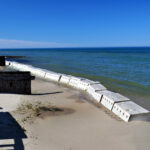 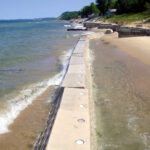 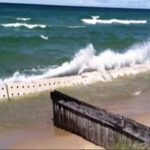 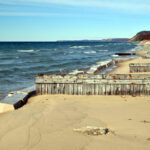 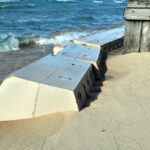 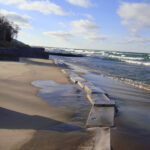 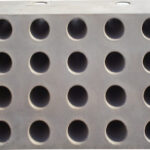 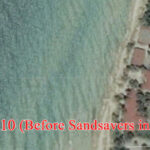 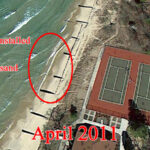